Chicago, the Windy City, is seen at its best in the November sunshine, which I was lucky enough to experience recently. For me, the city skyline is a great inspiration; contemporary and traditional architecture jostle for position alongside the magnificent Lake Michigan.

Columbia College, Chicago is situated on Michigan Avenue, within walking distance of the lake and Millennium Park, home to Anish Kapoor’s Cloud Gate. 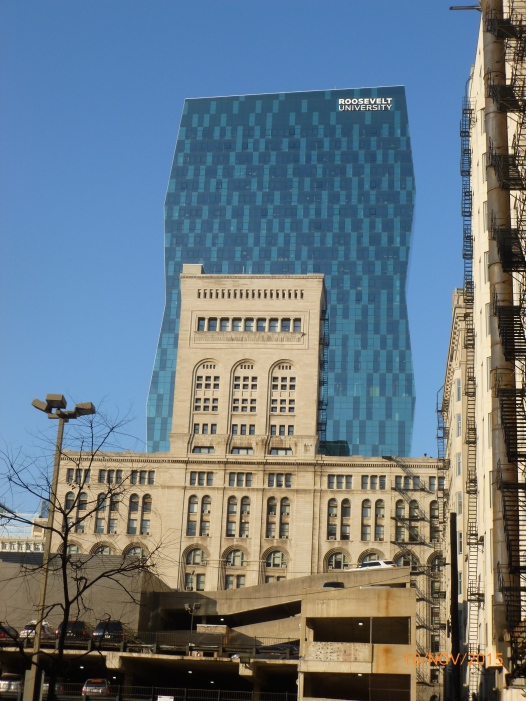 It was my great privilege to spend some time with the Fashion Foundation students studying at Columbia College under the watchful eye of Virginia Heaven, Associate Professor of Fashion Studies.

As part of their programme the students were researching traditional cultural garments from the in-house archives, specifically those constructed from basic geometric shapes. Looking at gussets, pleating, fit, decorative elements, the room was buzzing as they worked in groups, sketching and measuring the garments, making notes.

Garments from the archive

They were shown an example from Issey Miyake’s beautiful ‘Pleats’ series to illustrate how relevant these techniques still are.

Students being inspired by the ‘Pleats’ series 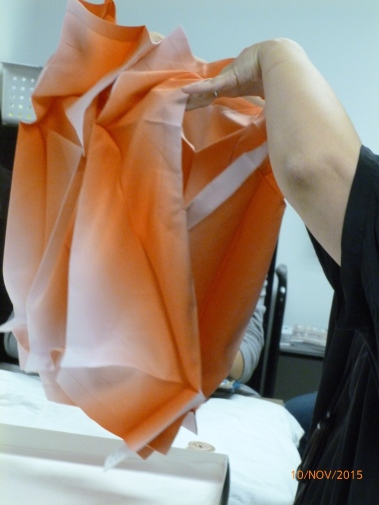 A garment from the ‘Pleats’ series by Issey Miyake

They then worked on small stands to create a series of experimental forms influenced by their research. 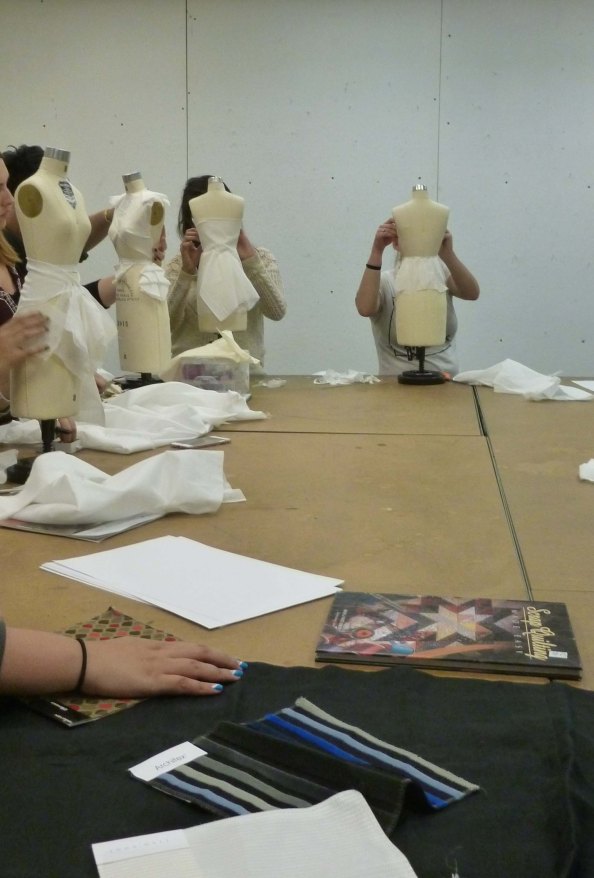 After introducing them to the concept of shiftWorks, they were all keen to get involved and started thinking about how they could make a shift dress that represented their own culture. Virginia showed them a friendship signature quilt as an example of popular American culture and they started to consider how this could work, and what colours represented their country and people.

After a lot of hard work, planning, cutting and stitching, the Chicago shift dress is stunning and ready to be revealed to you at the Devon Guild of Craftsmen shiftWorks exhibition during March and April.

Pop in to see it for yourselves and tell us what you think.